Johnny Feelgood Travel has more Fraser Island tours & deals than a fat man has dinners - and that's why we're the motherfuckers you need to talk to if you're looking to hire a 4WD or take a group tour of Fraser Island! We network with a heap of the best suppliers on Fraser Island, from 1 day 4WD Hires to 4-Day mega-tours, whatever you wanna do, Johnny Feelgood has got your back baby!

Check out these Fraser Island Group Tour Deals below... 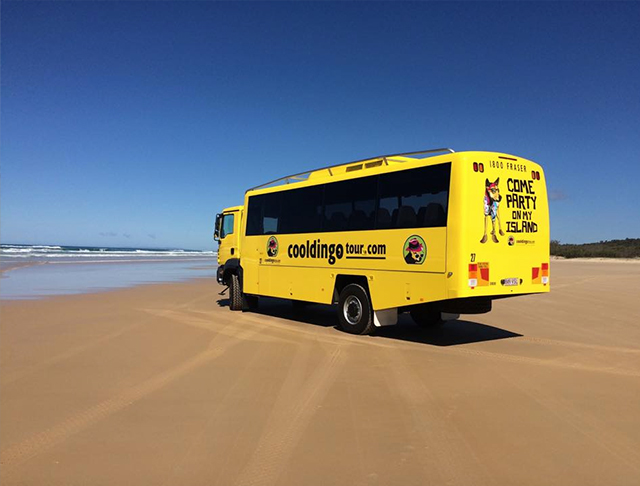 Discover all the wonderful natural sites that have combined to make Fraser Island not only World Heritage-listed, but also a must-see on any East Coast travelling itinerary. 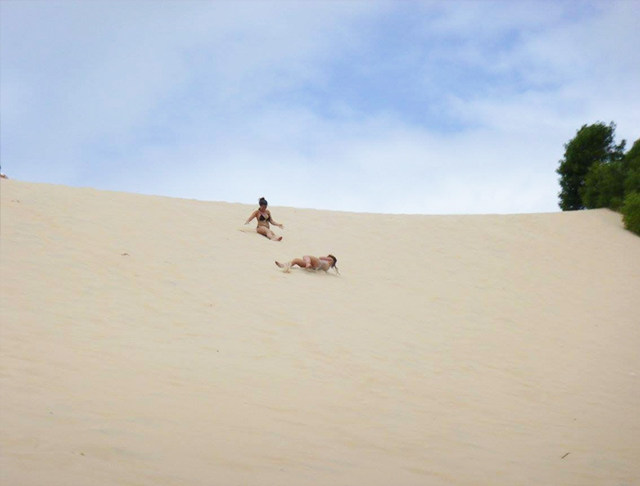 Get ready for the time of your life on the world's largest sand island... we've golden beaches, secluded dune lakes, sub-tropical rainforest, awesome guides... and Fraser Island's famous dingoes - all we're waiting for is you! 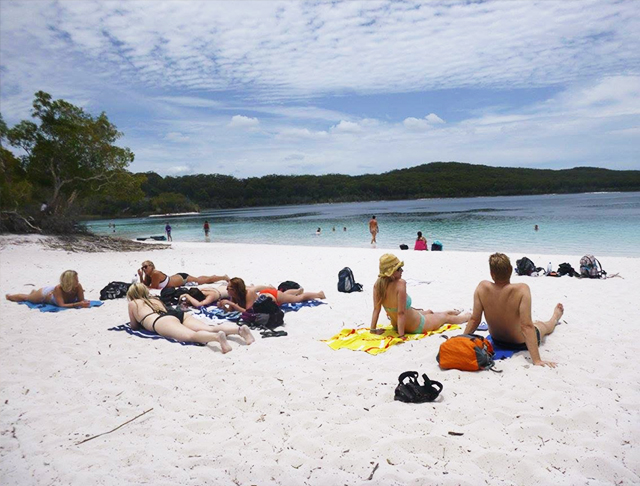 Why not combine your 2-Day Fraser Island Cool Dingo Tour with an extra night before and after the tour to connect with your flights (flights not included). After each full-day tour, you'll return to the wilderness lodges for a refreshing shower, great buffet dinner, some Dingo Bar fun and a comfy night's sleep.

What's so great about Fraser Island?

Johnny has got you cover to visit the radical Fraser Island world heritage listed 4x4 Island. We offer Fraser Island fully guided tours, Tag Along tours and Hike Adventures. We are your go-to Fraser Island specialists.

Fraser Island is considered to be the largest sand island in the world, making it the perfect 4WD Hire adventure. Fraser Island is steeped in history and is so unique. It is the only place in the world where rainforest is found growing on the sand dunes over 200 meters. Fraser Island was once known as 'K'gari', this is its aboriginal name and translates to paradise. The island was later renamed after Eliza Fraser and her story of the survival from a shipwreck on the island. Some people believed Eliza, partied hard on the Goon while she chilled on Fraser Island.

You can take your 4x4 and 4WD Hire vehicle to visit The Pinnacles, these coloured sands will captivate you. The powers that be believe that 72 different colours have been found over the years. SS Maheno is also a major attraction on 75 mile beach, great photo opportunity with you 4x4 and 4WD Hire vehicle. Way before Johnny time, back in 1935 they say Maheno was caught in an awful cyclone off the Queensland coast and became beached on Fraser Island. Some others choose to believe the crew took a trip to Nimbin and tried some of those famous cookies.

Eli Creek is the largest creek on the East Coast of the Island. 80 million litres per day flow though Eli Creek. (If only it was Vodka) take a tube sit back, relax and go with the flow. While cruising along 75 mile beach in your sweet ass 4x4 or 4WD rental to check out Indian Heads and Champagne Pools be sure to watch out for oncoming traffic and also planes. That’s right 75 mile beach is also a runway. Used by Air Fraser for scenic flight of the magical island. Some say Indian Heads was named by the famous Caption James Cook (Tuckee to the local Aboriginals) he decided to name Indian Heads after the locals on the Island. Many many years ago Indian meant local Island natives.

Here you can check out all the amazing marine life, spot turtles, dolphins, Great White, Bull and Tiger Sharks to name a few. Humpback Whales are also known to be seen as they migrate in certain seasons. Champagne pools is located between Waddy Point and Indian Heads. Champagne pools was formed by volcanic rock, when the water crashes off the rocks it forms a bubble effect hence the name Champagne pools.

Fraser Island has many lakes. 100 Freshwater lakes in fact. Fraser lakes are the cleanest lakes in the world. Lake McKenzie is by far the most popular. This is a perched lake. The sand at Lake McKenzie is pure white silica. We are even saving you money on beauty treatments when you hire a 4x4 tour of Fraser Island with us. Fraser Island also has the largest perched lake in the world, Lake Boomanjin. The deepest lake on Fraser Island is Lake Wabby up to 12 meters deep. Lake Wabby has the most aquatic life. Garra Rufa to name one, so any a great place to get your spa treatments in. Remember to stay real still at Lake Wabby and enjoy your pedicure. For all the thrill seekers our there Lake Wabby has the best sand dunes on Fraser Island for Sand boarding.

The most iconic animal on Fraser Island is the Dingo. Austraila’s Wild dog. Dingos form packs if you encounter a dingo stand up nice and tall. Please don’t run or leave any food out this is a fineable offence on Fraser Island. Dingos are slowly decreasing on Fraser so spotting one is now a great experience. If you can get one of these babies in the back of the 4x4 OR 4WD Hire vehicle, you are truly a legend!!!!!

Fraser Island is the home to 74 different types of reptiles. A third of the species of snakes are considered the more dangerous in the world this includes the eastern brown snake if one of these guys bites you pull out the 3footer and enjoy your last few minutes man. This is why it is always advisable to stay on the tracks provided. Camping on Fraser Island is a must to experience. Here is the list of different camp areas on Fraser and if you need a permit let us advise you.

The DAVE'S FRASER 4X4 is affiliated with Johnny Feelgood Travel - the Australian Travel and Adventure Legends!
Looking to travel Australia and Fraser Island? Johnny Feelgood has a bunch of awesome travel tours at budget prices - from Campervan Rental to tour deals!
Copyright © 2014-2016 johnnyfeelgood.com.au. All rights reserved.
Go to top